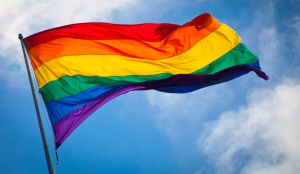 I just finished reading an article on TPN news website discussing another city clerk refusing to issue a marriage license to a gay couple.  You can read the article here.  This happened in Kentucky in Rowan County, but continues to happen throughout the country.  The clerk’s name is Kim Davis, who says her Christian beliefs prevent her from issuing marriage license to same sex couples.  Hmmm… Ok. Let’s keep going with the story.  U.S. district judge ordered her to issue marriage license to same-sex couples.  Yet, she still refuses.  Now is she disobeying orders from the district judge and violating the constitution.  I have a problem with this.  If Kim worked any where else, she would be terminated immediately.  Why is she allowed to keep her job?  If I violated the constitution and a direct order for a U.S. district judge, I would be in jail.  Why aren’t these clerks in jail or at least fired for NOT doing their jobs?  It makes you question how the laws work in this country.

Furthermore, gay couples are not stopping you from attending church each week.  They are not laying in front of your car on Sundays to prevent you from going to church.  Yet, here are these clerks preventing gay couples from getting married.  I just want to yell at these clerks “Who do you think you are?!”  The fact that these clerks are still employed and enjoying their benefits is mind boggling.

Here is what U.S. District Judge David L. Bunning said on the matter:

“Davis remains free to practice her Apostolic Christian beliefs. She may continue to attend church twice a week, participate in Bible Study and minister to female inmates at the Rowan County Jail. She is even free to believe that marriage is a union between one man and one woman, as many Americans do,” Bunning wrote. “However, her religious convictions cannot excuse her from performing the duties that she took an oath to perform as Rowan County Clerk.”